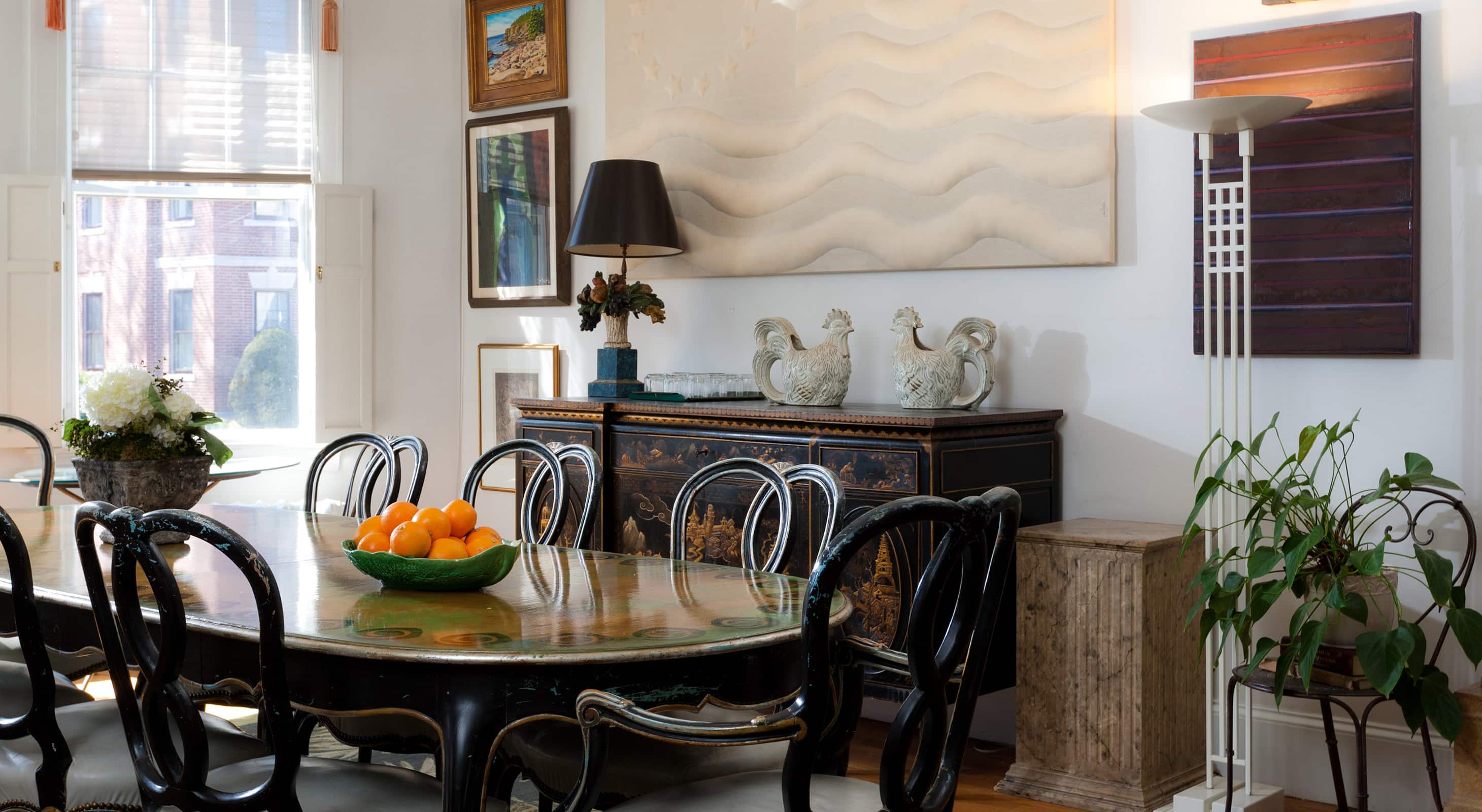 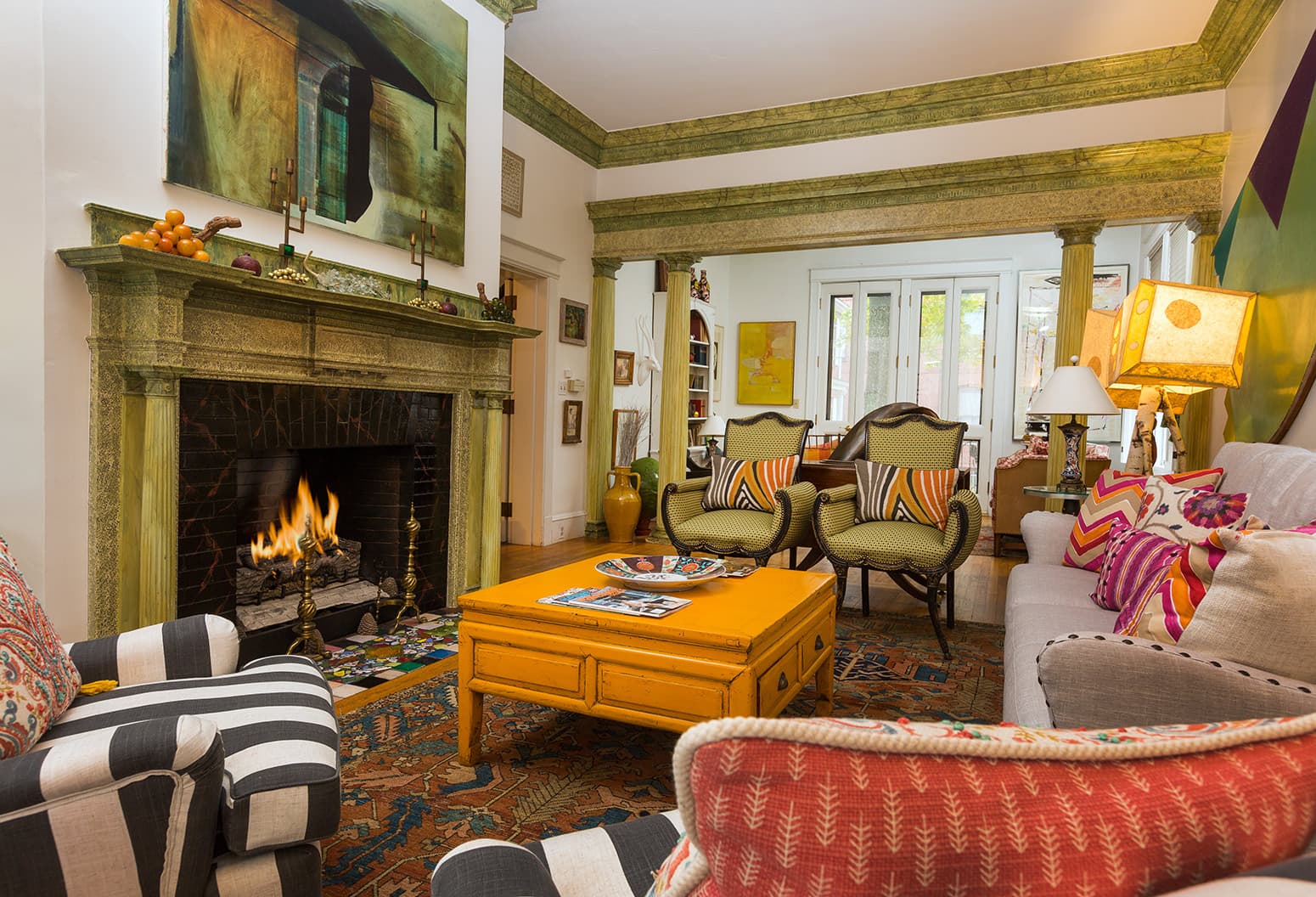 Sculpture, art, furniture and fabrics combine in a brilliant play of color and texture that startle, amuse, then encourage you to kick back and unwind. At this upbeat Portland Maine inn the goal is to both charm you and exceed your expectations. We pride ourselves in not only our eclectic look, but also our eclectic and spirited vibe.

The luxurious guest rooms at our Portland Maine boutique hotel have hosted a variety of guests from business travelers to tourists and from unknown to ultra famous. No matter who you are, we’re proud to treat each guest like a celebrity with gracious hospitality and exceptional service.

From the South
From 95 north (Maine Turnpike), take exit 44 to I-295. Take exit 5 from I-295 to Route 22 east (Congress Street). Follow 22 east to the traffic light at the top of the hill. Take a right at the light onto Bramhall Street and bear left immediately on to Vaughn Street. Continue on Vaughn Street to the fourth intersection. Take a left onto Carroll Street. The Inn is on the corner at the next intersection (Carroll and Neal Streets) and is a putty-colored, stucco, Italianate house.

From the North
From 295 south, take exit 6A (Forest Avenue). Bear right onto Route 77 (State Street), cross Park Avenue and go to the top of the hill. Cross Congress Street and turn right immediately onto Pine Street. Continue on Pine Street to the seventh intersection, which is Neal Street. Turn left onto Neal Street, and Pomegranate Inn is on the left before the next corner.

From the Airport
Follow 22 east, which becomes Congress Street. Pass Maine Medical Center on the right, and then go through the traffic light at the top of the hill. Neal Street is the second street after the light. Turn right and follow Neal Street, which becomes a two-way street after Pine Street. Our historic Portland Maine inn, Pomegranate Inn, is on the left before the next corner.

From the international Ferry Terminal
Turn left on Commercial Street and proceed until you come to a stop sign. Turn right immediately (almost 180 degrees) and merge onto Danforth Street. Take the first left to Vaughn Street, go five blocks to Carroll Street, turn right, and go one block. Pomegranate Inn is on the corner of Carroll and Neal Streets. 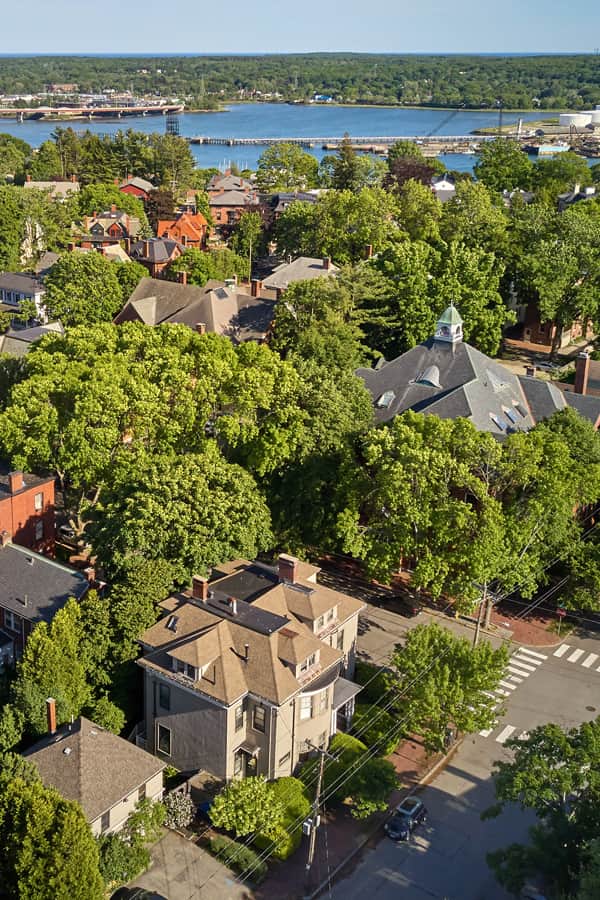 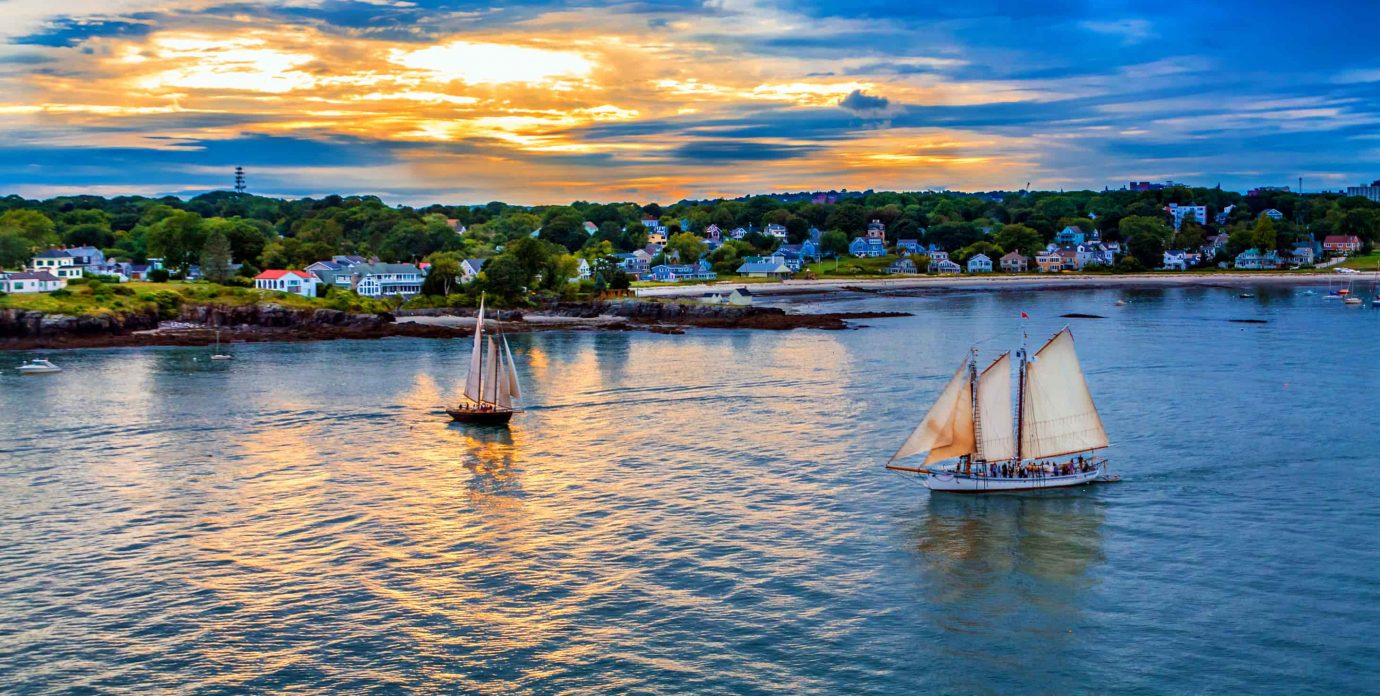 Create your ideal itinerary with our Portland area guide.

Book Direct for the Best Rates

We guarantee you will always find the lowest room rates right here on our own site. If you do happen to find something cheaper out there, we’ll match the rate you found PLUS give you another 10% off for your trouble.