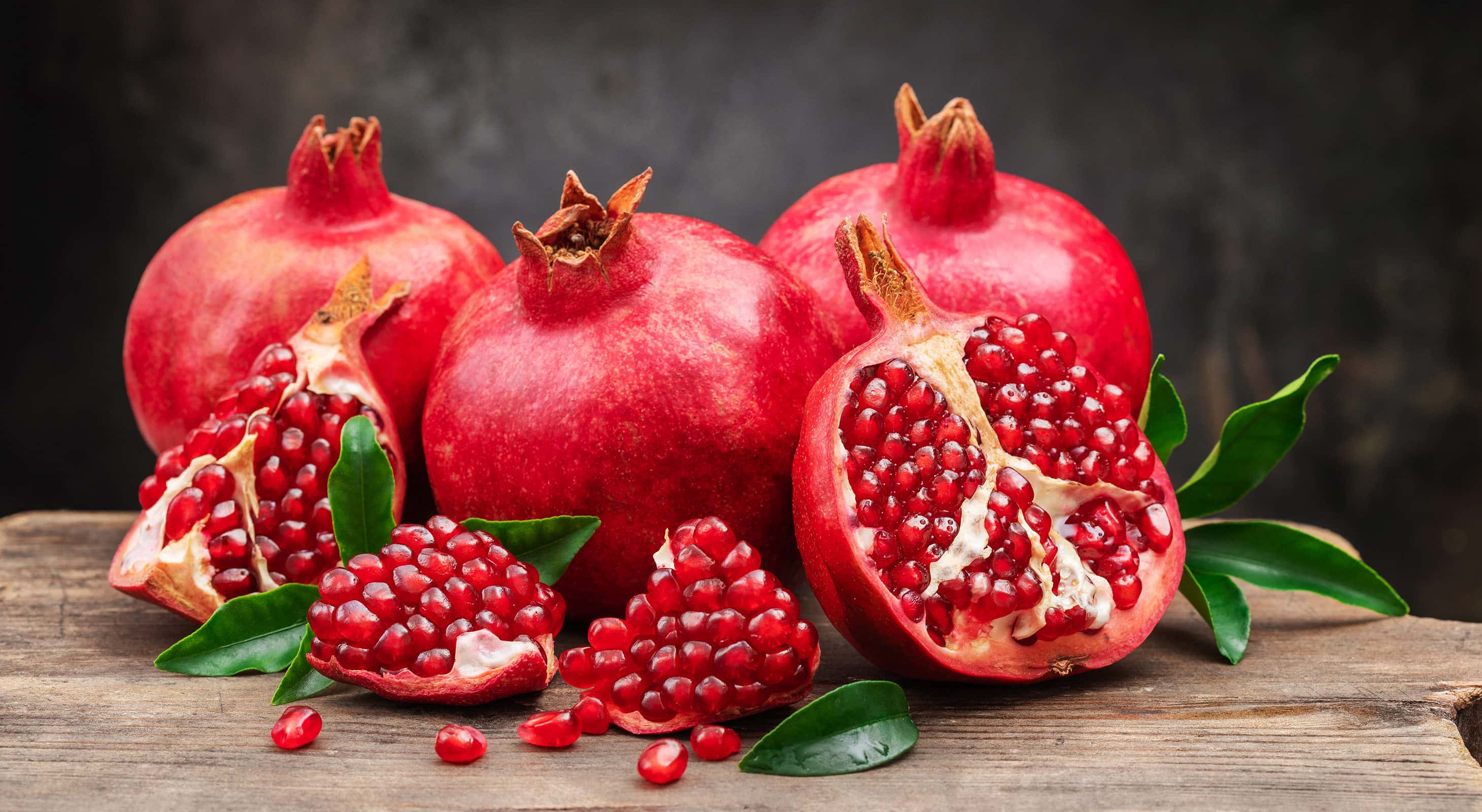 More than just the name of our Inn, the distinctive and delicious Pomegranate has a tradition in myth and folklore going back thousands of years. Read on for a taste of what this legendary fruit has to offer, as well as its rich history.

The name “pomegranate” derives from Latin pomum (“apple”) and granatus (“seeded”). It has only three syllables: pome • gran • ate but is commonly pronounced with four. Its delicious taste is renowned throughout history and has been enjoyed by many cultures over thousands of years. 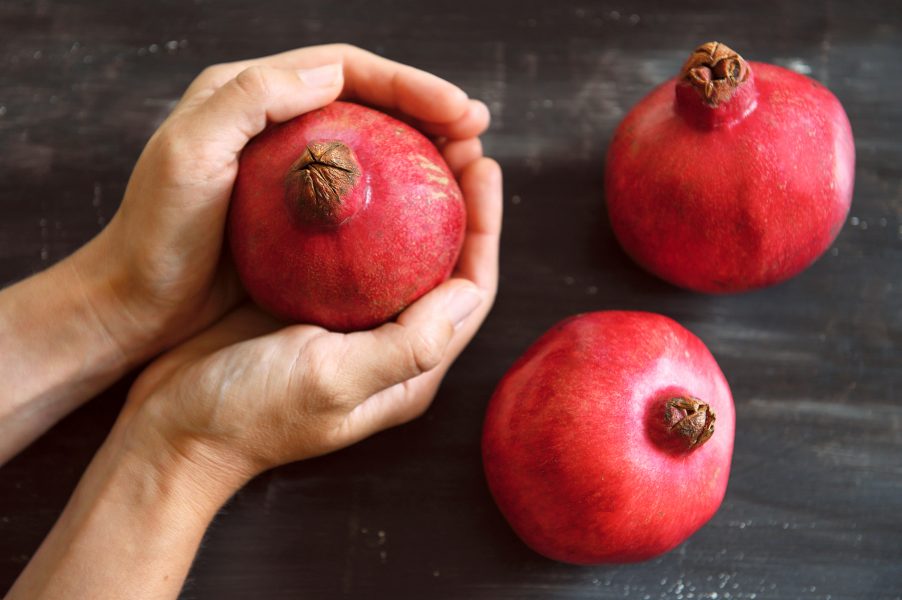 A rounded fruit with a golden pink and red-colored outer skin, the pomegranate is filled with small, edible seeds surrounded by a tangy pulp. Three to five inches in length, they are generally available from fall until around January or February. In addition to eating the fruit, the seeds are also used as dessert toppings and pressed with the pulp to make juice. There are many varieties of pomegranates, all with beneficial nutritional properties, and are loaded with vitamin C, antioxidants, fiber, and contain no fat, cholesterol, or sodium. One pomegranate contains only 100 calories and makes for a delicious and healthy snack.

Here are some fun facts about our titular fruit. 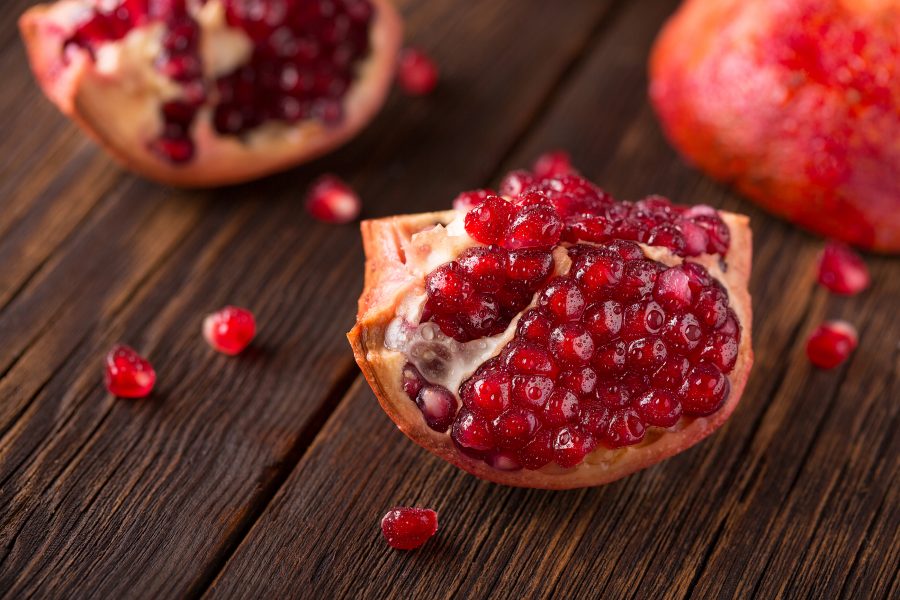 Celebrated by cultures in both literature and art, the pomegranate is a symbol of fertility, as well as death, seasons, and prosperity, which inspired us to make it the name and the symbol of our Portland, Maine hotel.

One classic tale is that of Persephone, the Greek queen of the underworld. She was the daughter of Zeus and Demeter, the goddess of fertility and giver of grain. When she was a girl, Hades saw her and fell in love with her. He abducted her and held her captive in the underworld. Demeter wandered the earth looking for her and mourning. Crops did not grow, the seasons stopped, and a great famine swept the land. Zeus ordered that Persephone come back from Hades so that Demeter could see her and end the terrible famine. Hades let her go but gave her three pomegranate seeds, the symbolic food of the dead, to eat and so bind her to the underworld.

Persephone had to return to the underworld for three months out of the year, but the rest of the time she was allowed to stay with the other Gods. This is a classical explanation given by the Greeks to help understand the turning of the seasons. When Persephone is in the underworld, there is winter because her mother is in mourning. When she returns, plants and crops grow, and the land is fertile again. 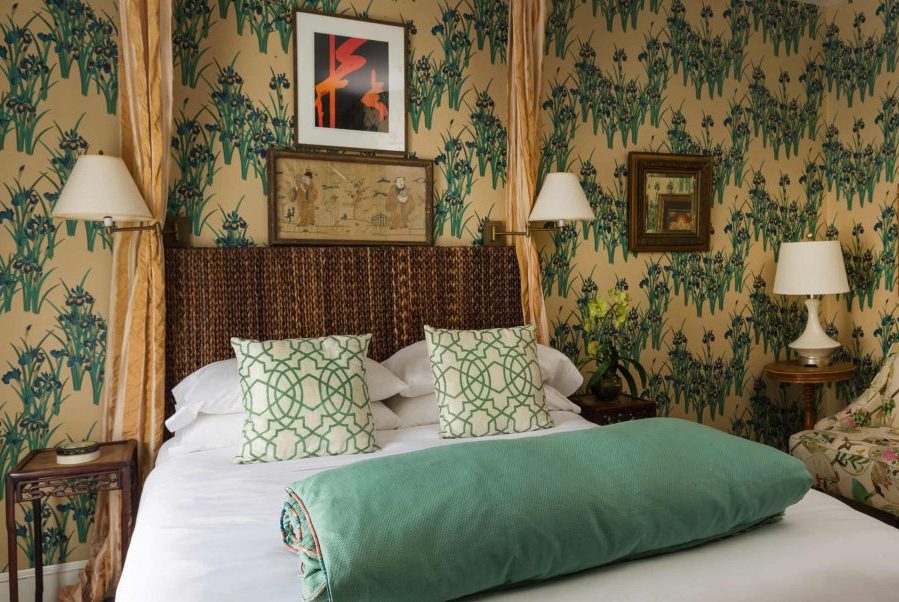 A beautiful namesake, we are proud to be the Pomegranate Inn and love that it represents us! We hope you’ve enjoyed learning more about the storied history of this fantastic fruit. Take your next weekend getaway or quick escape in Portland, Maine, and enjoy beautiful and spacious accommodations in the heart of Maine.

Book Now
Back to Blog